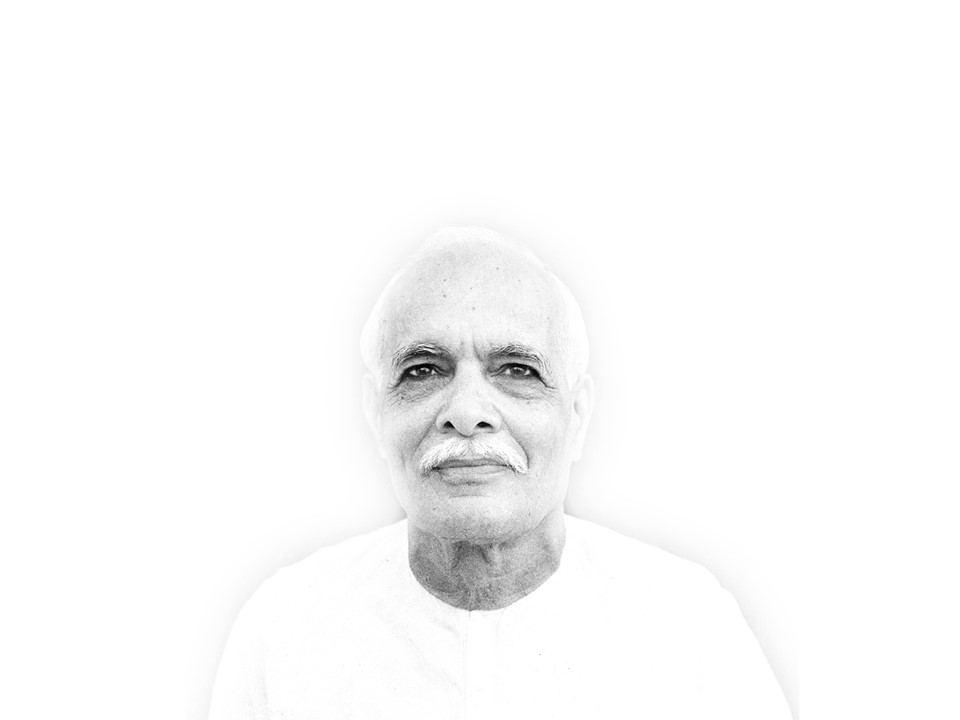 Brahma Baba, on a physical level, was a man of stature, with soft white hair, a well-formed forehead and prominent cheekbones. On a spiritual level, his presence was soothing and gentle, and from his eyes emanated wisdom, understanding, compassion and strength. Born in 1876 into a humble home, and the son of a village schoolmaster, Brahma Baba was brought up within the disciplines of the hindu tradition. He, however did not follow in his father’s footsteps and instead entered the jewellery business, earning a considerable fortune as a diamond trader. As a businessman, he maintained a highly respectable position within the local community and was known for his philanthropic acts. He had an inherent ability to cope with change.

At the age of 60, when most of his colleagues were planning their retirement, Brahma Baba entered into the most active and fascinating phase of his life. In 1936, over a period of several months, he felt the need to invest more time in quiet reflection and solitude. Then one day, while in a meditative state, he felt a warm flow of energy surrounding him, filling him with light and exposing him to a series of powerful visions. These visions continued periodically over several months giving new insights into the innate qualities of human souls, revealing the mysterious entity of God and describing the process of world transformation. The intensity of the message they conveyed was such that Brahma Baba felt impelled to wind up his business and devote himself to understanding the significance and application of this revealed knowledge. The sound of the words ringing in his mind seemed new, yet they felt so true and real.

More than 80 years have passed since Brahma Baba received the series of visions. Who could have guessed – besides those touched by the same visionary experiences – that the young women he placed at the fore of the institution would now be on the world stage, sharing platforms with political and religious leaders at the highest level, and leading a lifestyle revolution followed by over 900,000 people from all backgrounds of culture and religion, race and society? Or that millions of others would be taking benefit from the teachings, finding empowerment in the present and hope for the future, when loss of integrity in human hearts and minds has plunged so many into despair? The living skills that he taught have stood the test of time. The young women that he put to the fore, now most died, have become beacons of love, peace and happiness, in a world increasingly troubled by disordered relationships, greed, addiction, anger and violence.

Brahma Baba left his body in 1969 at the age of 93. The Tower of Peace, in Madhuban, stands as a tribute to the invincible spirit of an ordinary human being who achieved greatness by rising up to the challenge.